Stay midweek and save up to 15%!  Click here for more info & to book today.

It was the moment we have been waiting for, the first snowfall of the season!  After a strange fall, with unusually warm temperatures into October, things have cooled down, and now we have had our first snow just a few weeks after our peak foliage in mid-October.  No matter how many Adirondack winters you have experienced, the first snow fall of the year is always special.  It began with brief flurries yesterday afternoon and then picked up again overnight.  While there wasn’t a lot, cold temperatures meant that we woke up to a white landscape, even if there was much accumulation.  And with that, it’s official…we can start thinking snow, skiing and snowshoeing!  Is it too early for Christmas decorations? 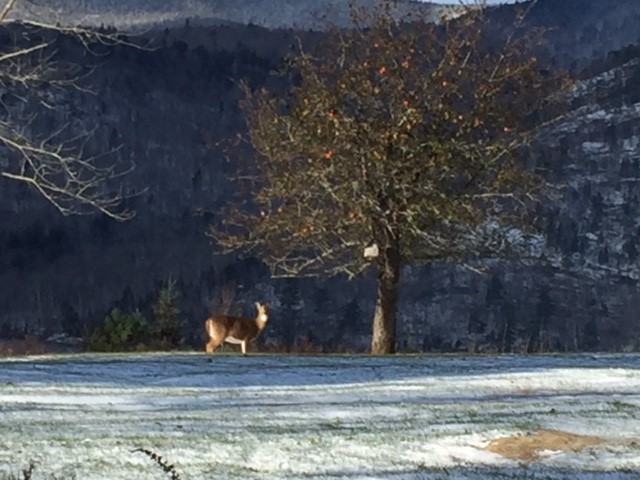